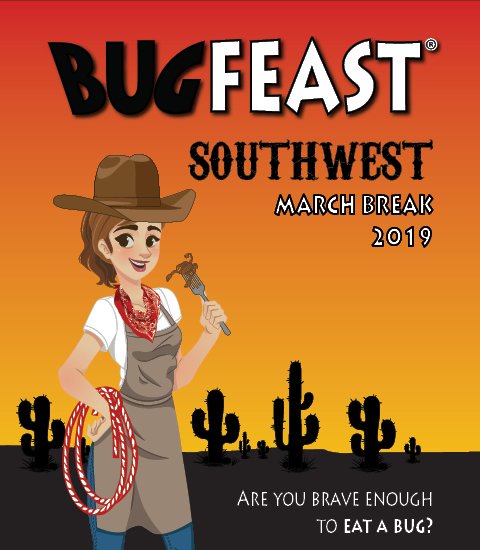 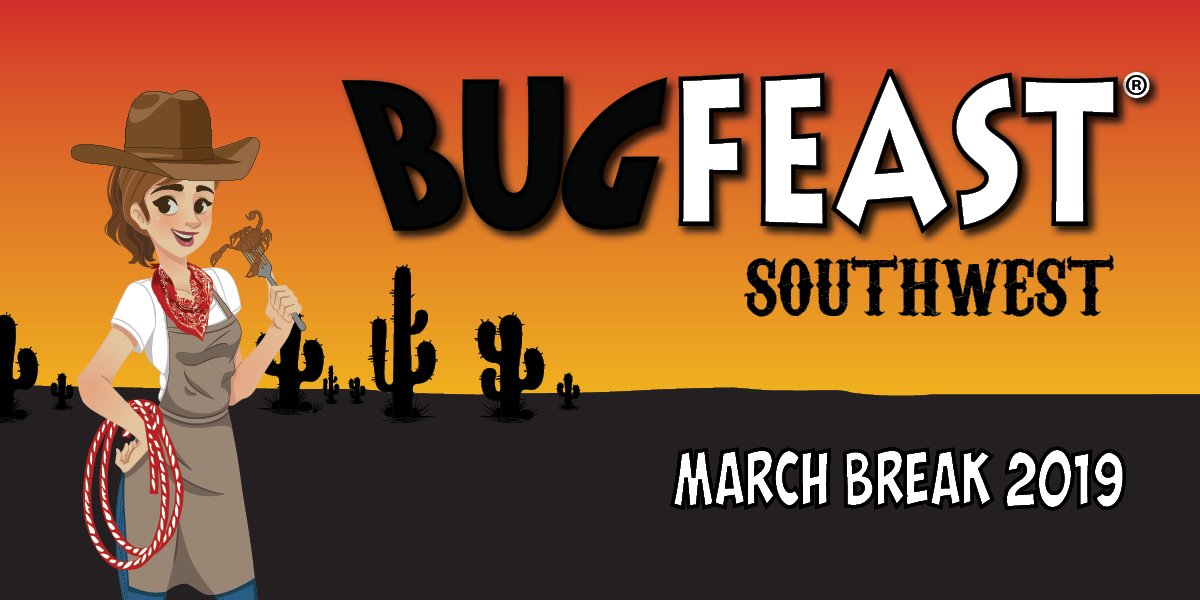 March Break is in two weeks, and that means BUGFEAST®!

If you’ve never heard of it, BugFEAST® (not FEST) is exactly what the name suggests. With help from our sponsors over at EntomoFarms, we’re feasting on bugs!

This year BugFeast® is going Southwest (bugs are the new brisket!) and we’re serving up some Tex-Mex inspired recipes:

Sounds gross, right? You’re not completely wrong – it takes a lot for us here in North America to get over the “yuck” factor. BUT – 80% of the world’s population, mainly people in regions of Central and South America, Asian, and Africa, eats insects as part of their regular diet.

For starters – they’re GOOD FOR YOU! Insects can be a good source of not only protein, but also vitamins, minerals, and fats. For example, crickets are high in calcium and termites are rich in iron. One hundred grams of giant silkworm moth larvae provide 100% of the daily requirements for copper, zinc, iron, thiamin, and riboflavin.

Second, in comparison to livestock production, insect farming is exponentially less taxing on agricultural and freshwater resources because they require less space and food and produce less greenhouse gases.

Big name companies are “hopping” on board (check out President’s Choice brand Cricket Powder) and trendy restaurants are serving up insects as bar snacks (have you been to Loloan in Waterloo?!)

SO, in an effort to educate our guests about the benefits of ENTOMOPHAGY (the practice of eating insects), BugFeast became an annual March Break Tradition.

Over the years we’ve served recipes like Roasted Ant Cotton Candy, Mealworm Grilled Cheese, Chocolate-covered Crickets, and Cricket Protein Smoothies, and the most common thing we hear is:

Leading us to conclude that the disgust you feel is psychological and not based on taste.

We challenge you! Join the revolution. Come visit us this March Break and find out – are you brave enough to eat a bug?!