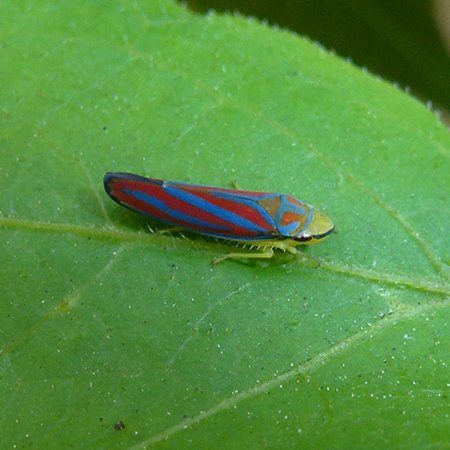 Did you know there are thousands of the world’s tiniest but most amazing animals living in your own backyard? Many of us think of mammals when we hear the word “animals” but insects and arachnids are animals too!

We are lucky that the backyard of the Conservatory is several acres of wildflower meadow and this year we have decided to dedicate an entire weekend to sharing this oasis with our guests. Join us in July for our annual Outdoor Butterfly and Bug Hunt Weekend! 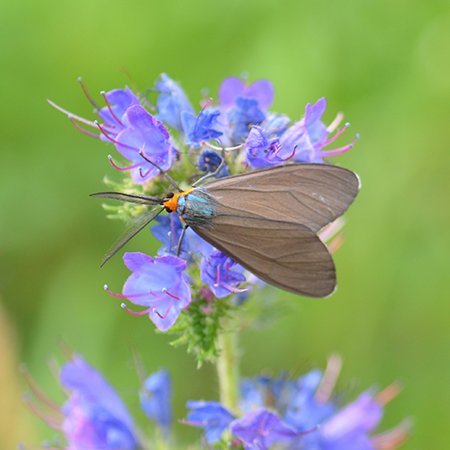 Ctenucha virginica
The Virginia Ctenucha (often pronounced “Tenooka”) is sometimes mistaken for a butterfly because it flies during the day and has bright orange and shiny blue colours. As adults, these moths will drink nectar from various flowers whereas the caterpillars will eat different grasses and sedges.  They overwinter as fuzzy yellow caterpillars, hiding under leaf litter. 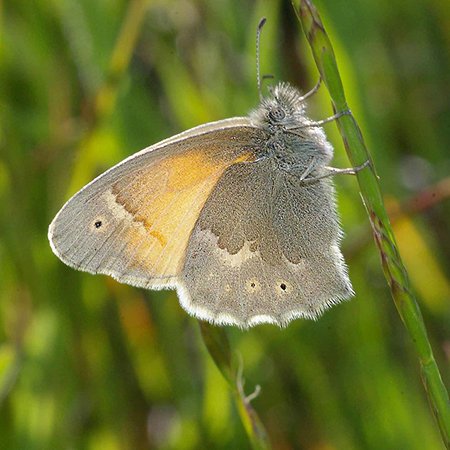 Coenonympha tullia
Also known as the Large Heath, these butterflies range from dark orange to brown to a pale cream colour. They usually have a small fake eye-spot on their upper wing which makes them easier to identify. You’ll often flush them up from the grass when you’re walking around the meadow, as they tend to fly low to the ground. 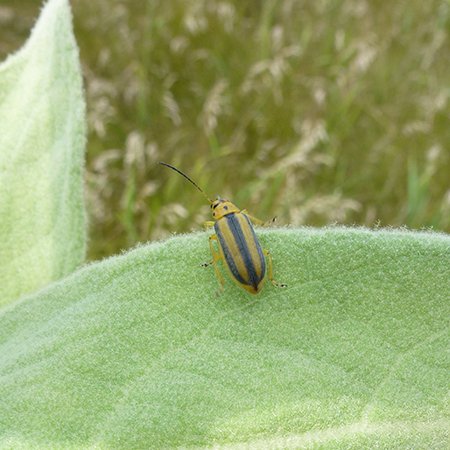 Trirhabda sp.
This is a group of several species of beetles that don’t actually have a common name, but we like to call them Cucumber Beetles! Their colours vary with species – yellow, green, bluish/purple, blackish. These beetles overwinter as eggs and hatch in the spring as shiny blue larvae that feed on goldenrod leaves. A lot of the time they’re mistaken for butterfly caterpillars. 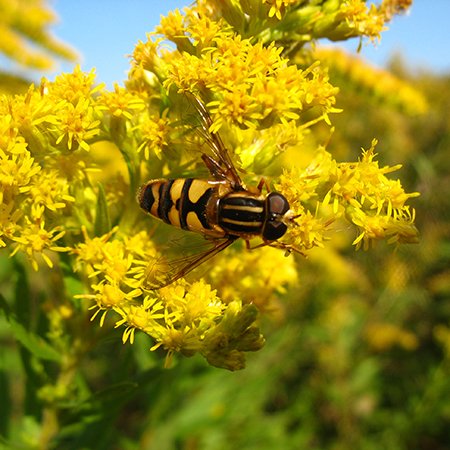 Syrphidae
This family of flies (also known as Hover flies) are often mistaken for bees or wasps because of their black and yellow stripes. They are, in fact, harmless; this is a defense mechanism to ward off predators. As adults, they feed on nectar and pollen and are important pollinators. Some larvae feed on plant pests like aphids and thrips and are used in biological control. 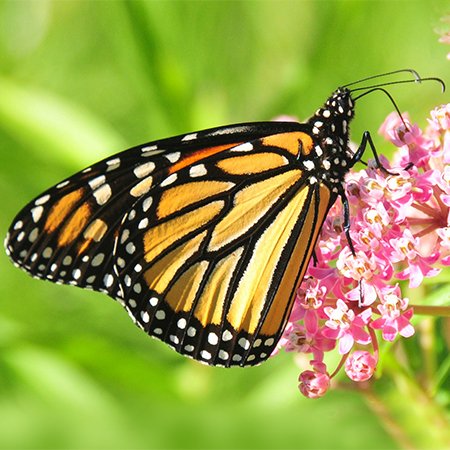 Graphocephala coccinea
Along with other species of leafhoppers, these spiffy looking insects are found all over our wildflower meadow! As their name suggests, they are champion jumpers – some can leap 40 times their own body length! After they hatch, the nymphs go through several molts before becoming fully formed adults. They feed on the sap and juices from plant leaves and stems.