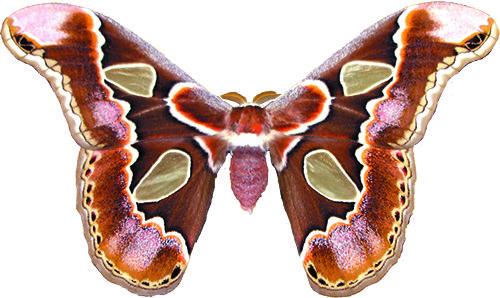 This moth belongs to the family of silk moths (Saturniidae) which contains some of the largest moths in the world. It is named after Lord Walter Rothschild, a British scientist who took a particular interest in New World silk moths, and was the first to describe this genus. There are several species of Rothschild moths that all look similar and have very subtle differences in markings. Similar to the Atlas moth, it has almost transparent “windows” in the wings. These wings reminded the Aztecs of obsidian, and they called this moth “the obsidian butterfly.”

Click here to go back to the Conservatory Bugs Main Page >

PROOF OF VACCINATION is required for all visitors, including members