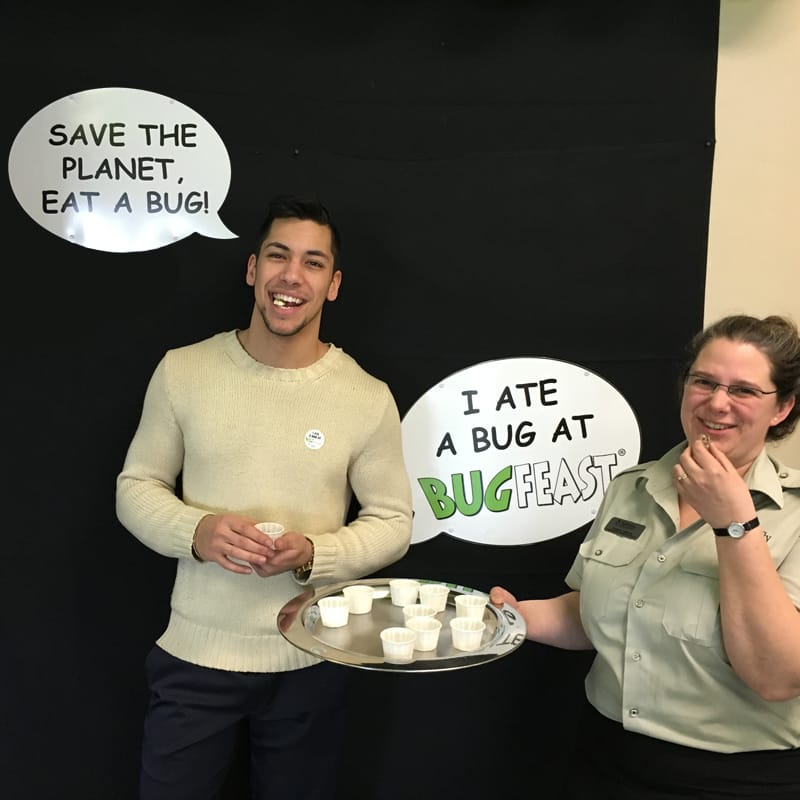 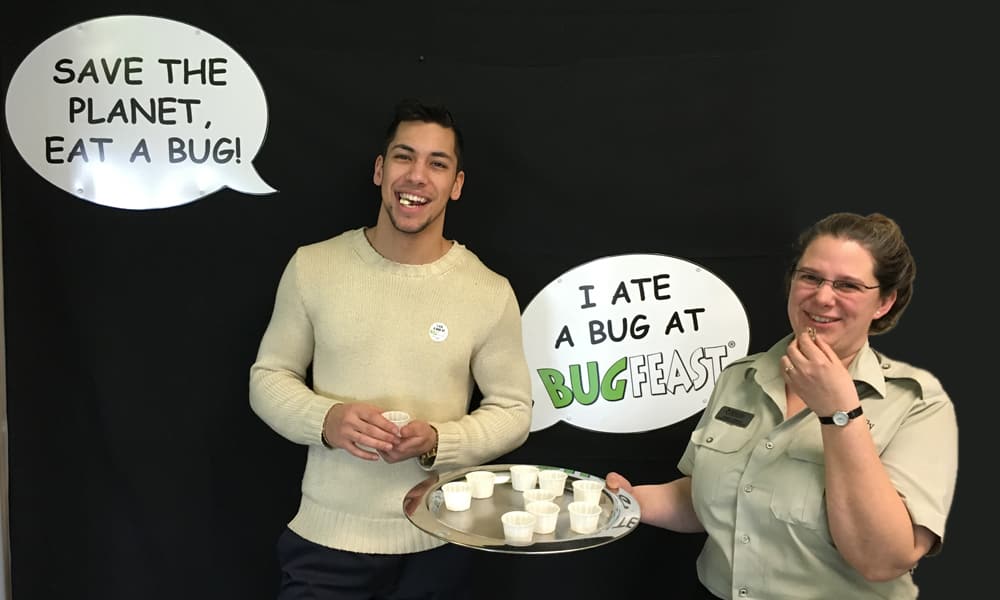 We’ve all accidentally eaten bugs before – that time casually riding your bike on a mid-summer’s day and you rode right through a swarm of gnats, swallowing what felt like thousands of little bugs. Or, that time you swallowed 3 spiders while you were sleeping (that’s a legitimate fact, right?)

Well this time I ate a bug on purpose, and I liked it. That’s right, you read that correctly. I ate a bug and I liked it. In fact, what started as one bug turned into many, and now I’ve eaten a wide variety of bugs and bug treats. I never thought this day would come.

Now you might be wondering how I got myself in this predicament, quite frankly I’m asking myself the same thing. What started off as a harmless PR internship at Cambridge Butterfly Conservatory quickly turned into me being peer pressured by my co-workers to eat bugs with them. What a bunch of weirdos.

While being interviewed for the illustrious position of Public Relations Intern, one of the first things mentioned was that I would be doing a lot of the marketing and PR work for the Conservatory’s March Break event. BugFeast has happened nearly every year since the Conservatory’s opening in 2001 and is literally what it sounds like – you come to the Butterfly Conservatory to feast on bugs. To keep things interesting, there’s a new theme every year.

Chocolate is the theme for the 2018 event – who doesn’t love chocolate! Chocolate goes with everything, even bugs. The event tempts guests to put their taste buds to the test by sampling three chocolatey bug treats. The chocolate “chirp” cookie (pun intended) is a great starter because you can’t actually see the bugs. It looks and tastes like a normal chocolate cookie, but it’s made with cricket flour (ground up crickets) instead of traditional white flour. Next is a simple milk chocolate with a whole roasted cricket inside (though most have bits of cricket sticking out the sides of the chocolate as an added effect). I personally had the pleasure of making these myself, and I can truly say that they’re one of my best culinary works. Lastly, guests will have the pleasure of eating roasted ants sprinkled on white chocolate bark.

The Slogan for this event literally reads, “Are you brave enough to eat a bug?” – a handful of crickets, mealworms, ants and grasshoppers later, I can confidentially say, I think so.